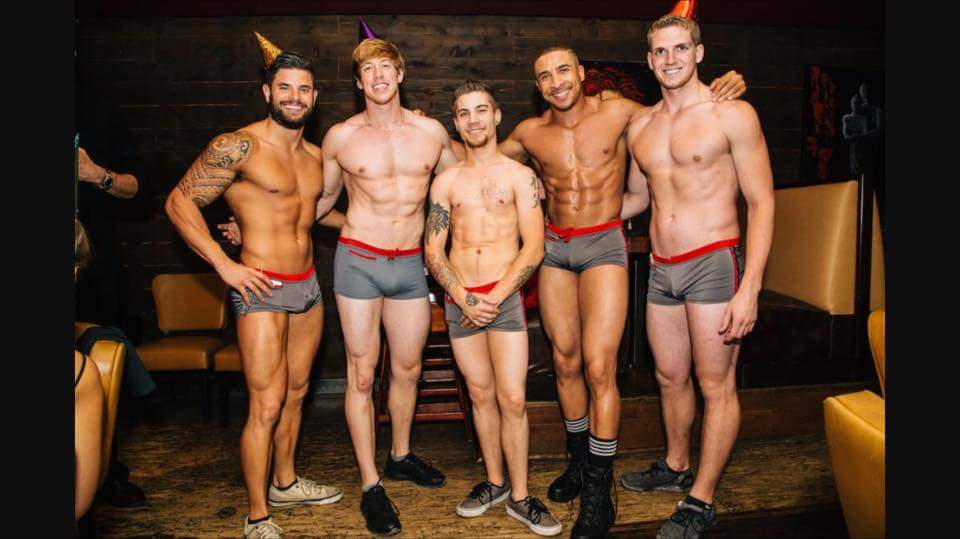 Dallas-based Tallywackers caused an international stir last year when it announced it would be a Hooters-like establishment featuring the physiques of svelt lads in clingy boxers, instead of busty lassies in shorty shorts.

Media outlets from the Washington Post to the New York Times to the Kidd Kraddick morning show jumped at the chance to interview founder/owner Rodney Duke.

It was the perfect storm for Tallywackers.

“We had lines out the door,” Duke remembered earlier this year. But could local start-up Tallywackers ever hope to match sales of an international Goliath like Hooters?

As the pointy graphic above shows, Tallywackers’ bar receipts outpaced the Hooters near Victory Park in Dallas in June 2015. Tallywackers beat Hooters!

But alas, as the chart also shows, the reality of operating a bar and grill has apparently smacked Tallywackers hard.

This is far from an isolated case, we’ve found. More than half of all Texas bar/restaurants that saw promising starts, experienced revenue drops six months later, according to a LastCallTexas analysis of state mixed-beverage sales data.

Perhaps the poster child of such a drop is the late-great Ghost Bar, which exploded on the scene on top of Dallas’ W Hotel in the summer of 2006, with nearly a million dollars in beer, wine and liquor sales one month after it was issued its license. Six months in, sales dropped by half. By summer 2012, Ghost Bar’s revenue had mostly vaporized, and not long after, so did the bar.

Longtime restaurateur and Midland, Texas, Mayor Jerry Morales refers to it as the “Cinderella opening.”

“If you’re a newby in the restaurant industry, you think you’ve hit the lottery,” says Morales, who bought Gerardo’s Casita in Midland, Texas, from relatives in the late 1990s. Morales is also past-president of the Texas Restaurant Association.  “When you’ve been in the industry, you’ll know you’ve got to keep them (customers) engaged. You might have a menu that can be easily changed. Maybe six months later, you can introduce a new menu, to keep people coming back.”

During one visit to Tallywackers, LastCallTexas observed a lunch crowd with plenty of additional seating available; a few blushing birthday girls received complimentary lap dances. There was a respectable amount of day-drinking going on.

“Our receipts in January were even better than they were in December,” Duke told me during a lunch rush earlier this year. “So, we’re definitely pursuing plans to franchise Tallywackers.”

Granted, the establishment saw an uptick in alcohol (and presumably food) sales this year, according to the Texas State Comptroller’s office. But nothing approaching its opening months. Would that be enough to keep Duke’s plans for franchising alive?

When LastCallTexas revisited Duke on the question later, he declined to speak.

The previous occupant of 4218 Lemmon Ave. was Lolita’s Mexican Cuisine, which sold less than $40,000 in beer, wine and liquor at the pinnacle of its alcohol sales, according to state sales data.